Power to the Bloggers: Moni Takes On the Corporate Giant 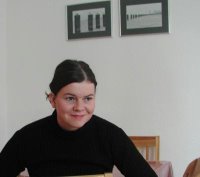 So you think that words have no power, huh? Well, corporate powerhouse Transparency International probably wouldn’t agree. In what could have been a simple case of a bit of bad press, they have now caused a wave of criticism which appears to be only just beginning.


Transparency International is the leading global organization in combating corruption, political and otherwise. From the Transparency International web site, their mission statement is: “TI's vision is a world in which government, politics, business, civil society and the daily lives of people are free of corruption.” So it’s natural that Transparency would be concerned with their public image. But when they attacked a German blogger to maintain their image, they attacked a large and vocal community with a tendency to protect their own.


I got the full story from the Larko website. {A quick note that all salaries have been converted from a monthly salary, as printed in Moni's article, to a weekly salary to correlate with the weekly hours posted in that story. You know, GMAT stuff....parallel structure and all :-)} It’s a story about a woman with a 3 year old child who was in her probationary period as a transparency employee, working 20 hours a week for 250 Euros ($300). Since the salary was too little to support the woman and her child, she took a second job as a freelance journalist. At the end of her trial period, they offered her a permanent position working 30 hours a week for 350 Euros ($421). This wouldn’t be enough for her and her child, and she wouldn’t have enough time to work as a journalist, so she offered to maintain her present salary and hours or to move to 30 hours at a rate of 500 Euros ($601). Neither was acceptable, so Transparency let the woman go.


Now I think that really sucks, but the company is 100% within their rights, and what is a person to do about it? Well, a friend of hers, Moni, decided to post about it in her blog, which is probably what I would have done too. Do you think she was surprised when she heard from Transparency? You bet your butt! On Friday, she received a threatening email from Transparency International – Deutschland saying that she had until Sunday, today, to remove the post or they were suing her, including large punitive damages.


Moni’s picture is above, and there’s no question we’re not exactly talking about the worldliest looking person here? If she’s over 25, I’m under 25…and it’s been a while since I’ve been under 25. To be given 2 days to determine if she has an obligation to remove the post is just out of hand, and evidently the German bloggers feel the same way. Moni evidently decided she didn’t have much to lose, and posted the email on her site. And German bloggers went nuts, with a flood of posts about this organization, devoted to fairness and justice, who fired a woman who wasn’t willing to be exploited by the company.


Right now, no issue is being talked about on the blogosphere as much as this issue. Bloggers are talking about boycotts, though given the nature of Transparency’s product, I’m not sure they would really feel the effect. But certainly their image is getting slammed, and there has been no indication the post is coming down any time soon. I wouldn’t doubt if, by some time next week, the woman has her job back, and Transparency is apologizing. And it all began with a few words on a blog. 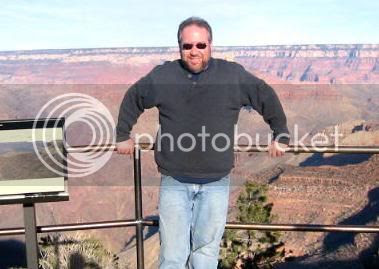